I was brought up on a colourful diet of the wonderful Roald Dahl, the psychedelic Beatles and many bizarrely brilliant movies like The Labyrinth, The Dark Crystal and absolutely everything by Tim Burton.

I’m pretty sure this is why I rarely find anything to be strange or unusual. It’s a fascinating characteristic but it has a couple of drawbacks in life. And for me, one of these is my complete inability to hear lyrics correctly. Thanks to growing up in a world of Jabberwockys and Snozcumbers, I accept every strange thing I hear. Or mishear… 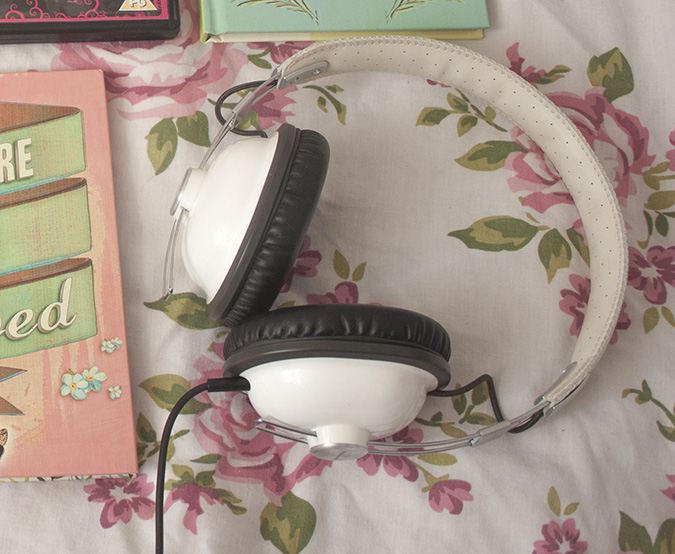 When I was little, I used to love watching The Thomas Crown Affair. Pretty sure I was way too young to be watching that, but that’s an issue I can talk about in therapy when I’m older. Anyway, this film has a classic scene scored to Nina Simone’s powerful Sinnerman. She repeats ‘oh sinnerman’, which, for some reason, I always misheard (and, sadly, probably sung along with) as ‘ghosts in a man’. It wasn’t until I looked up the ‘ghosts in a man song’ years later that I realised my mistake. D’oh.

I’ve mentioned I have absolutely no sense of context in music, right? Years ago, I confused my friend Becky by asking her: ‘why do they sing “you’ll be just another egret in that song? What does that even mean?”‘
‘Er, do you mean regret?’

Yes Becky, yes I did.

I think I assumed it was some trendy American word I didn’t know. It’s actually a species of bird.  *facepalm*

This is probably my strangest one, and it’s a personal favourite of my sister’s. So, two lines in, Ricky-from-The-Voice sings: ‘ cos there’s so little else occupying my head’. I don’t know why, I don’t know how, but I always heard ‘cos there’s solarcle elves occupying my head’. Solarcle, as the sharp among you may note, is not a word. How on earth my brain processed a made up word instead of the actual lyrics is beyond me.

FYI: I imagine solarcle to mean ‘powered by sunlight’. Those cheeky elves.

Funnily enough, this song is often featured on misheard lyrics videos (which I watch, hoping to feel less alone in the world. Still the only one hearing about those elves, sadly). People often mistake ‘tiny dancer’ for ‘Tony Danza’. I am not most people.

I was bopping along to this a while ago (fine, last week) and realised I was singing ‘baby darling, she’s so manly’. Now, I’m a little bit more context-aware than I once was, so I knew that couldn’t be quite right. Imagine my surprise to find the lyrics were actually ‘lay me down in sheets of linen’. I got every single word wrong.

Arctic Monkeys – Bet That You Look Good On The Dancefloor

This isn’t something I’d choose to listen to exactly, but sometimes I tune myself into Radio 1 and then find catchy-but-slightly-crap songs like this stuck in my head. I was convinced at one point they sang ‘all we’re looking for is love in the Lidl line’. Apparently it’s ‘love and a little light’. I prefer my version.

This song is my guilty pleasure. But the first time I heard it I thought he was singing ‘my mind is ill’, not ‘my manner’s ill’, which’d be a very different song…

Rusted Root – Send Me On My Way

You know that scene in Matilda where she’s making pancakes? And there’s that great song in the background? That tune, by Rusted Root, is a staple of my happy playlist – so I totally know all the words. This wasn’t always the case though. Watching Matilda cook herself breakfast made me think they were singing ‘omelette’ instead of ‘on my way’.

‘Gotta love the Starbucks lovers, they’ll tell you I’m insane’. I know I’m not the only one who misheard this one! Starbucks lovers totally conjures up a vivid image of cosy, smug hipster couples. But no, apparently it’s just her long list of ex-lovers.

I love this song. But I’ve only just looked up the lyrics and it’s devastatingly apparent that I’ve misheard almost all the words that are not ‘come on Eileen’. Like, I was so sure it started with ‘so he’s sat upon the radio’ (‘sounded sad upon the radio’) and I was convinced the lyrics were ‘oh I swear I believe’ (‘I swear what he means’). Song lyrics are tricky for some people.


I was about to end this post with a message explaining that I don’t actually mishear things that aren’t lyrics. But as I was typing, I corrected my sister ‘Patrick Stewart isn’t gay!’ to hear her respond ‘I know, I said Patrick Stewart is BAE!’. Maybe I need to get my hearing checked…

Have a lovely weekend, my little egrets.