Don’t worry – I’m not having an existential crisis (yet). I took a DNA test. 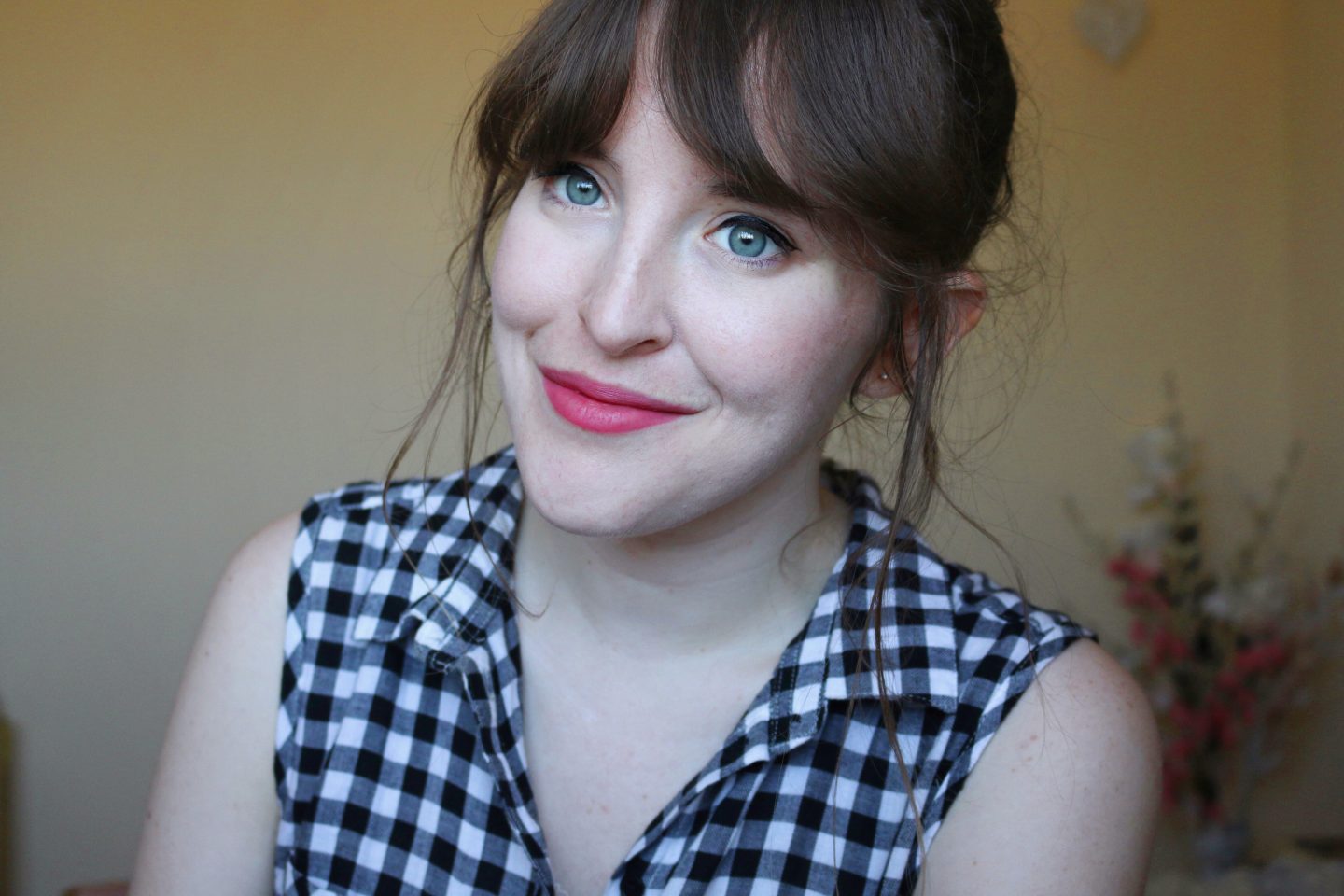 One unusually bright November morning, I was passing the time by listening to Russell Brand on Radio X. In this particular episode (‘Whose DNA is better?’), Russell and his co-host Matt were getting DNA test results – I was hooked.

I looked up the company they were using and spotted a 20% discount. ‘It’d be rude not to,’ I reasoned. So I took the plunge, waved goodbye to £50, and waited for my kit to arrive.

I’ve always been curious about the cocktail of cultures that might lurk beneath my pale skin and ostensibly Irish surname. My dad’s side are all olive skinned, with very dark hair and blue eyes. That always struck me as too exotic looking for purely British/Irish blood, but what did I know?

I was so very keen to find something exciting; something unexpected.

The kit arrived and I took the test. You just swizzle two cotton swabs around the inside of your cheeks, snap them off in vials of liquid and ship ’em back to America  That was a fun conversation at the Post Office:

It’s a long old wait for your results, but I was happy to see they had a personalised tracker online – like when you order Domino’s. Just sub ‘your pizza is in the oven’ for ‘DNA extraction in process’.

I checked it about once a day. I’m keen like that.

Your DNA results are ready

A few days ahead of schedule, I awoke to an email with the exciting subject line: ‘Your DNA results are ready’. I feverishly clicked the link.

‘Nikki, ready to explore your ethnicity?’ they asked.

My little heart pounding, I pressed play on a personalised animation. It began with the world floating in space – then an old-fashioned piano-forte tune started playing and stats popped up on screen: ‘56.6% English’.

‘I’M ONLY HALF ENGLISH!?’ I thought, absolutely ecstatic I could never be used as a UKIP poster-girl.

The music genre changed as ‘22.2% Scandinavian’ flashed up on screen. Ah, the land of Abba, IKEA and, um, fjords? But 22%? That’s a lot! I don’t have any Swedish, Norwegian or Danish relatives – so how did this happen? Vikings? The Vikings were too long ago to account for a whole 22%, surely? Actually, when were the Vikings? I don’t know, but it was bloody ages ago, wasn’t it?

While I was still working out which century the Viking invasions happened in, my Scandi music switched to exotic acoustic guitar. 10.5% Iberian. (Thanks to the animation, I know that means Spain and Portugal.) That might explain my family’s olive skin!

Mystical Gaelic music – imagine pipes and chanting – started to play, alongside the stat: ‘8% Irish, Scottish and Welsh’. A lower percentage than I expected, as I knew I actually had Irish ancestry (whereas the Spanish/Swedish stuff was a mystery!)

The remaining 2.7% of my heritage was vaguely described as ‘North and West European’, which I suspect means ‘it’s not identifiable as a specific country but we know it comes from this area’. (‘North and West Europe’ includes France, Germany, Belgium, Switzerland and The Netherlands.) 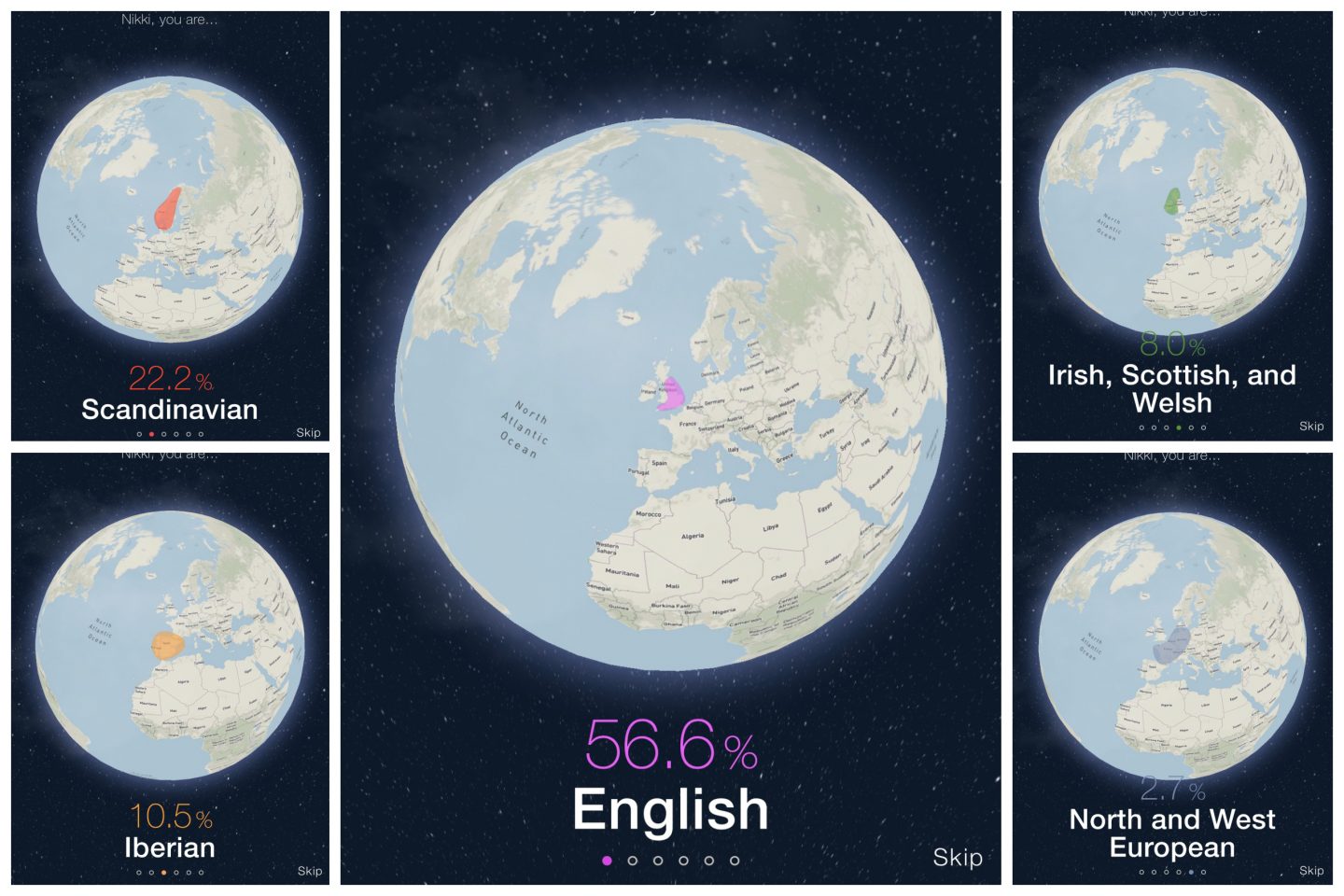 In the space of two minutes, my mind had been blown. There were a few things to process:

If you’re curious, I bought my DNA test at MyHeritage. There are loads of places online who offer the same service, so shop around for the best deal (there’s usually somewhere with a discount!).

But then again, if we go back far enough aren’t we basically all related anyway? What does a DNA test really prove? Oh, no, here comes the actual existential crisis…

Until next time, chums!